This tag is associated with 20 posts

At least read until you get to the bit with the condoms.

Are your hands holding you back?

This can be fixed with a simple call to your carpenter. Oh, and you’ll have to hire a nervous guy.

And who doesn’t know an aspiring Catmaninoff?

Person who invented this, you are a genius and my new hero. 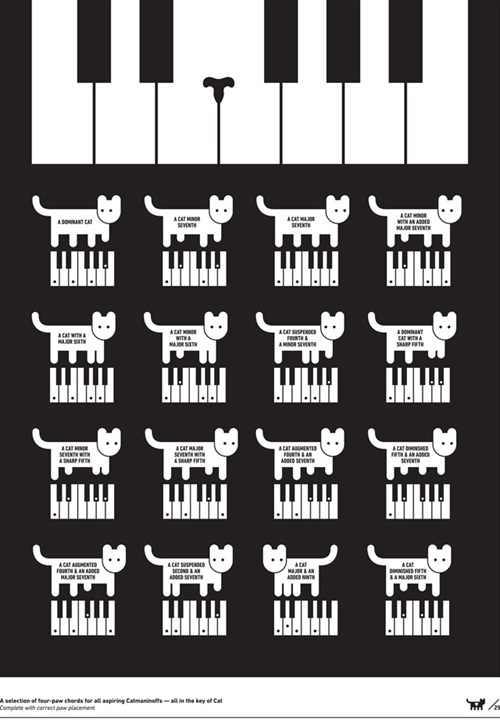 The Return of the Concert Roundup

Woah! There are, like, concerts happening this weekend and stuff! Is it the beginning of the new season already? It is? Oh, crud, that means it’s going to get cold soon, isn’t it? Anyway…

Oh, guys. It’s been such a fun journey. Thirty-two composers (edited to add: +2 play-ins) stepped into the ring, and over the year we have slowly whittled it down to two. Before we crown our winner, let’s take a look back over composers past, shall we?

* denotes the winner of the match

ROUND FIVE (PLAY-IN ROUND)

And so we arrive here, at the end. I think we all know whose t-shirt I was wearing, but it wasn’t a question of my sartorial decisions; it all came down to the best man taking the Composer Cagematch! crown. Are you ready? And the winner is…

END_OF_DOCUMENT_TOKEN_TO_BE_REPLACED

She does NOT Rach around the clock.

Who cares about your lonely soul? We strive toward a larger goal: awesome music.

Not Without My Concert Roundup

But first! A personal plea.

The nonprofit arm of my ballet studio, Performing Arts Repertory Company, is in a DC-area fundraising competition. For November 9 only, Give To The Max will track how much money is donated to PARC, as well as how many individuals donate. Depending on our ranking in both categories, we could win additional funds, which would go toward dance scholarships, workshops, and education and outreach programs, among other things. A noble cause — so you want to help, right? Donate now, before you forget — it’s tax-deductible!

I give you this concert recap in thanks for your donation. If you didn’t donate, I hope you feel really guilty right now.

Updated to add: Got this from Benevolent Dictator Jamie:

This concert offers an exclusive opportunity to hear the quartet
perform in an intimate setting with excellent acoustics.

Metro Stop: Federal Triangle
Walk south on 12th Street, and cross Constitution Avenue to the Natural History
Museum on the left. (NOT on the National Mall side.)

Ticket prices for students: $10*
Rush tickets are available for purchase starting at
5:30 p.m. on November 19th at the door.
*Valid student ID required when purchasing and redeeming tickets.  Two tickets per student ID, per concert.  No refunds or exchanges available.  Subject to availability.