This tag is associated with 6 posts

I can offer no real justification for this video. But then, do you need one?

“The whole world wide web? Is there a way to put this on just the American part?”

Something never before seen on the internet: Culture! Morality! And PATRIOTISM.

But I wouldn’t know, because it’s so hard to get the wheels on the cello. 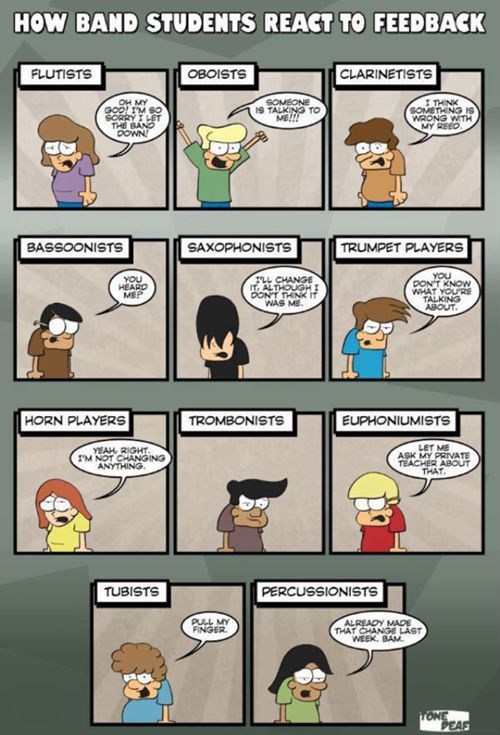 Here’s a question: did the strings secede, or were they forcibly exiled?

I’m talking about the weird divide that exists between string instruments and… well, everybody else, in school systems. The divorce begins early: for some reason, someone decided that kids can start in on the violin in third grade, but they need to wait until fourth if they want to lift anything as hefty as a flute.

That’s assuming you have a strings program at all – I’m fairly certain my mother’s strong protests against such discrimination is one of the only reasons we even had a strings program at my elementary school. I was part of the inaugural class, taught by a band teacher who had been told the summer before, “Hey, you’re teaching strings now too. Here’s a violin. Good luck.”

But this is not a post about strings as second class citizens (although I would like to point out that my freshman orchestra class met in a former janitor’s closet off the cafeteria). This is about the moment the split happened. I don’t know when it was, but I have a theory as to why it was, and that theory is called Marching Band.

Nothing against marching bands! Honest! I’ve never been in one myself, because it’s so hard to attach the wheels to the cello, but I’m sure they’re a tremendous amount of fun. But yeah, you can’t really have a marching orchestra, and I think somebody must have said, “Well, there’s no sense in trying to teach the strings along with the instruments who can actually take the field.”

Oh, occasionally some enterprising pair of band and orchestra teachers will get together and collaborate on a symphonic piece or two. But it’s a rare occurrence, and a token gesture. These music teachers are saying, “We recognize that the symphony orchestra experience is an important one, which is why we’ve decided to toss a couple horns in on this rendition of Borodin’s Steppes of Central Asia. But it’s so hard to get the wheels on the cello, so we’re still keeping our classes mostly separate.”

Maybe your school had a more enlightened approach. Maybe you got to mess around in lots of different ensembles (you lucky jerk). But for a lot of us, band and orchestra scarcely mixed. And I think that’s unfortunate.

How about you? Any opinions on the matter? Music teachers, I’d be especially interested to get your thoughts – is this divide purposeful, or does it exist against your will?