This tag is associated with 5 posts

So, about that innovation thing…

I have no defense for this. You go. 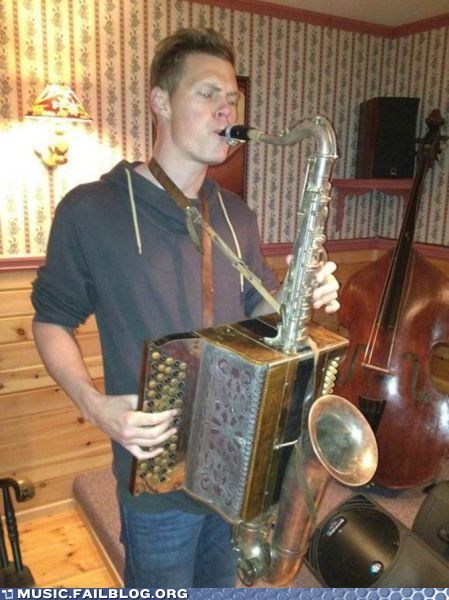 You know what doesn’t get nearly enough attention? The ‘cor-deen.

A violist just got plain fed up. He was sick of the jokes and the lack of respect, and he decided it was time to switch to a different instrument. So he went down to the local music store and browsed around. He wanted something so far removed from the viola that no one would ever remember he had played such a silly thing. After much deliberation he finally settled on it — a big old accordion sitting in the corner.

It seemed like a big improvement to the violist, so he went over to the shopkeeper. “Hi,” he said. “I’d like to buy the big accordion in the corner over there.”

The shopkeeper looked at him. “I’m sorry, sir, which accordion?”

“The big one, in the corner.” He pointed.

“You’re a violist, aren’t you?” said the shopkeeper.

“Yes,” said the accused, surprised, “how did you know?”

I’m not sure which group should be more offended

Q. Why are some violists switching to the accordion?