In which I attempt to bolster the confidence of professional musicians

Look, this post is going to be unavoidably a little bit lame; since I’m trying to build self-esteem here, I’m not going to name names. No sense in hurting feelings. (Yet.) But I just wanted to touch on a silly little topic: the matter of musician headshots that are past their prime.

When I was interning at the Baltimore Symphony Orchestra, I remember hearing a morning-after debrief between two employees who had seen a famous pianist at the previous night’s concert. “She sounded good,” said the one, “but she didn’t look anything like her picture.”

I get it, guys! I really do. Once upon a time a talented photographer raised an expensive camera to his eye and caught you at your best. You were young, you were pretty, and, oh, does society love young and pretty. But that was a long time ago, and now when you walk out on stage you create cognitive dissonance in the audience. You may not realize it, but this is what they’re thinking: that’s not what they looked like in the ad/email/postcard…

I know! I’m sorry! We’re a superficial bunch. We should be here to focus on the music. But that’s actually exactly my point. When you come out looking older or heavier or lighter or grayer or blonder or what have you, it’s a distraction. We ARE here to listen to the music, after all, and we wouldn’t come if our focus wasn’t on what you have to tell us when you play. We won’t stop coming just because you put on a few pounds. We’ve all been there. We probably won’t even notice. Unless, of course, we just saw a picture of you from when you weighed less, and it’s fresh on our minds.

My point here is: updated headshots are your FRIEND. They prepare us for the truth. We know that you are ten years older than you used to be and we accept this because we are all ten years older than we used to be. Unless, of course, you refuse to accept it yourself, and then we get confused and, let’s face it, a little judgmental. Which is what you’re trying to avoid in the first place, right?

So! Professional musicians, why not take a moment to ponder your headshot today? Does it look like you? If not, why not get new ones made? You’ll look awesome, I promise.

“Don’t get your knickers in a twist, Johann”

Time to check in on our favorite boys! (Not that I’d be inclined to complain, of course, but – good Lord, did they really play twenty-four hours of Bach?)

Or they could do it alphabetically. Then Bieber really could battle Beethoven! 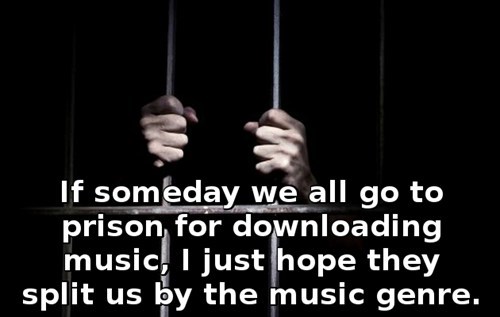 Can’t go wrong with a classic

Q. What do you call a violist with two brain cells? END_OF_DOCUMENT_TOKEN_TO_BE_REPLACED

Well. That was scarcely the challenge I rather expected. The general weirdness of Cage evidently resonates with many of you, as he took Reich down rather handily. No applause out of respect, please.

And now, ladies and gentlemen, the final match of round one. You thought Cage vs. Reich was weird? Ha! Hold on to your hats and glasses, because in this corner, he doesn’t need a hammer! It’s

And in this corner, he was denounced by the Nazis so he has to be good! It’s

I thought this match might be interesting because they are both considered great innovators – and Boulez was (whoops, got that wrong; Boulez was born in 1925. Stupid misreading things!). They are progressives in their respective times; how progressive are you?

“Thought you might appreciate this new ‘Baroque’ version of Justin Bieber’s song ‘Beauty & a Beat,” said @bonaomi1. My readers know me so well!

Q. How can you tell if a violist is playing fortissimo? END_OF_DOCUMENT_TOKEN_TO_BE_REPLACED